Bringing Hope to the World: The Critical Mission of the Expat, Transient, and Cross-Cultural Community

As the world becomes more interconnected, the challenges we face do as well. Many of the difficulties that have long been faced by the expat, transient, and cross-cultural community have expanded into mainstream society the world over. Marginalization, exposing the vulnerable to radicalization, the increasingly disposable nature of relationships, and the ever more complex struggle to find identity are apparent all around us. Thankfully, many who have experience moving across cultures have been devising strategies to overcome these challenges for some time. Now, more than ever, the need to come together and share knowledge, inspire passion, and connect empathetically is of global importance. Third Culture Kids and Adults, Cross Cultural Individuals, Global Nomads, and Expats are no longer the prototype citizens of tomorrow – they have firsthand experience in bringing about the changes needed in the world today. Ultimately, members of the expat, transient, and cross-cultural community are uniquely placed to bring a sense of hope to the world.

Loneliness & Our Loss of Empathy

The U.S. National Science Foundation recently reported that unprecedented numbers of Americans are lonely. In their study, one in four people said that they have no one with whom they can talk about their personal troubles or triumphs. If family members are not counted, the number doubles to more than half of Americans who have no one outside their immediate family with whom they can share confidences. Sadly, the researchers also noted increases in “social isolation” and “a very significant decrease in social connection to close friends and family.”[1]

Various studies now show that loneliness has devastating effects on us sociologically, emotionally, mentally, and even physically. One study found that chronically feeling lonely increases a person’s risk of death by up to 26%.[2]

A study conducted at Ohio State University found that loneliness impacts the body like physical stress. It weakens the immune system, increases sensitivity to physical pain, and creates depression and fatigue. Moreover, it generates inflammation throughout the body, leading to a range of health risks.[3]

Loneliness is dangerous. It degrades the fabric of our social structures and the very foundations of what keeps the world turning. Tied very closely to the loneliness epidemic is a sharp decline in empathy.

“According to emotional intelligence author, Daniel Goleman, empathy is defined as understanding the emotional makeup of people and treating people according to their emotional reactions… Neuroscientists have recently discovered that humans are wired to experience empathy throughmultiple systems of mirror neurons in our brains. These mirror neurons reflect back actions that we observe in others causing us to mimic that action in our own brains. When we observe someone in pain or when we are with someone happy, we experience that to a certain extent. These mirror neurons are the primary physiological basis of empathy. They create a neural Wi-Fi that connects us to the feelings of people around us. Mirror neurons kick in strongest when we observe a person’s emotions: when we see facial expressions, eye expressions, body position, and gestures.”[4]

Essentially, empathy is the ability to be moved by the feelings of others. Unsettlingly, according to a comprehensive study from the University of Michigan, we care about others 40 percent less than people in the 1980s did, with the biggest drop-off in empathy occurring after the year 2000.[5] There are a multitude of reasons proposed to explain the apparent growing lack of empathy we’re experiencing including:

‣ An increase in narcissism – feeling empathy for others takes time and effort, which could be better spent on achieving their own goals.

‣ Individualization due to personal media: we each have our own screens now.

‣ Focus on self-promotion in social-media.

‣ A dramatic increase in faceless communication, we’re not as practiced at reading responses in people or even knowing to look for them.

Evolving Past Certain Needs Being Tied To Our Survival…

I believe what we are experiencing is a revolutionary shift in society that demands a change in behavior. To illustrate this, imagine opening a gym in the middle ages – I can’t imagine it would be successful. Medieval peasants had to work hard, they wouldn’t care for the idea of burning calories just for the sake of burning calories. Between us and them is the industrial revolution. Since this technological revolution, physical exertion has been less and less directly associated with survival.

We’ve managed to separate the two: exertion and survival are no longer connected. But in order to stay healthy, we’ve had to add physical activity back in intentionally.

In fact, we have had to go so far as to launch huge educational campaigns to encourage people to exercise regularly. We may not need it for economic survival, but we most certainly do need physical exertion in order to be healthy. In many ways, what we are currently experiencing in terms of technology and even sociology is the equivalent of another industrial revolution.

Thanks in very large part to technology as well as other factors including immigration, global economics, etc. we are less and less interdependent. In many parts of the world, we simply do not need each other as much as we used to. We can, and do, function more independently and individually now than we ever have before.

Ironically, many experts agree that despite being more ‘connected’ than ever before, we, as a society, are plagued with more loneliness now than ever before. (Check out The Innovation of Loneliness on You Tube [6]).

The Dangers of Disconnectedness

Kids can often act in seemingly cruel ways as they work to figure out identity and how they relate with others. We hope through social and cultural norming to move them from destructive tendencies to inclusive ones. But as those norms continue to erode, we must act to intentionally instill and encourage a sense of empathy since the environment is less prone to do so.

The issue extends far beyond children, as we now see that diasporas of displaced people and cultural clashes are a terrifying perfect storm for radicalization. The marginalized feel as if nobody in their own surrounding wider community understands them, so they are vulnerable and drawn to bond to something else, something that promises to bind them and include them, something that will keep them from feeling lonely.

Many migrants end up feeling like outsiders and as a result, form a merely transactional relationship with their community or country of residence.[7] Our need for home and belonging cannot be fulfilled merely by something transactional. That sows the seeds for radicalization.

Often, expats arrive at their destination culturally naked. The experience of being an outsider or foreigner faced with the challenge of learning to not just survive, but thrive in a different culture usually starts with a feeling of incredibly vulnerability and heightened awareness that action must be taken in order to fit in. This awareness is actually a very powerful thing – it’s this awareness, this knowledge of nakedness and the need to take action, that needs to take root even in mainstream culture.

How beautiful that this lines up so perfectly with exactly what the wider world is in need of. All of our global society is vulnerable, we all need to intentionally take steps to strengthen our empathetic muscles and build connections. But expats have the advantage of KNOWING they’re vulnerable – more so than mainstream culture, the environment of the expat makes it obvious.

Expats know they’re naked and have an obvious motivation to do something about it.

There is an amazing similarity between the traits, strengths, and characteristics associated with being a successful expat and those associated with having strong empathetic abilities. The very behaviors that those in the expat, cross-cultural, and international world have sought to cultivate are now being taught outside the international context as a means of helping flex our empathetic muscles:

‣ The discipline to challenge our own preconceptions and prejudices by searching for what we share with people rather than what divides us.

‣ The ability to directly experience lives and lifestyles of those different than us.

‣ Empathizing with people whose beliefs we don’t share.

‣ Striving to understand the needs, traditions, and beliefs of the people around us.

‣ Consciously understand the perception we create in others with our words and actions.

‣ Understanding the unspoken parts of our communication with others.

‣ Attempting to more accurately predict the actions and reactions of people we interact with.

‣ Experiencing the world in higher resolution as we perceive through not only our perspective but the perspectives of those around us.

These are all behaviors that have long been promoted in cross-cultural arenas, yet this list actually comes from “Greater Good”, a project from the University of Berkeley in California as part of an article titled, Six Habits of Highly Empathetic People.[8]

One of my favorite authors, Brennan Manning wisely said, “In every encounter we either give life or we drain it; there is no neutral exchange.” Thanks in large part to technology we have an unprecedented ability to interact with each other. Yet despite the advances in social media, long distance communication, and the ease with which we ‘connect’ with each other, the worrying trend towards an epidemic of loneliness and dramatic decrease in empathy shows that we need to focus on ensuring more of our interactions are life-giving.

When we give life, we give hope. The world needs to strengthen its empathetic abilities and fight the onslaught of loneliness. I don’t believe railing against technology is the answer – any more than I want to undo the industrial revolution. My suggestion is simply this: the whole world needs to learn to live like expats. Expats and people in the cross-cultural world have a more acute understanding of the issues we all now face because the issues at hand are inherently part of the expat experience. The need to intentionally build community, seek to understand others, encourage inclusion, and broaden the worldview through which we interpret reality have been tasks expats have tackled as a result of knowing they’re ‘naked’ and needing to do something about it. We need to educate the world on its vulnerabilities and aid in creating the empathetic, cross-cultural clothing it requires to be secure and successful.

“Ultimately, our gift to the world around us is hope. Not blind hope that pretends everything is fine and refuses to acknowledge how things are. But the kind of hope that comes from staring pain and suffering right in the eyes and refuses to believe that this is all there is.”[9] 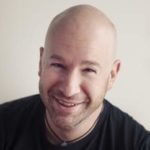