Diversity: The true wealth of our world

We are grateful to Valentina Aristodemo for allowing us to transcribe part of her presentation to the Expatclic’s Human Library.
We have chosen Valentina as one of the 33 human books to introduce to our community, because her story, and the message it conveys, are a clear illustration of the power of diversity. 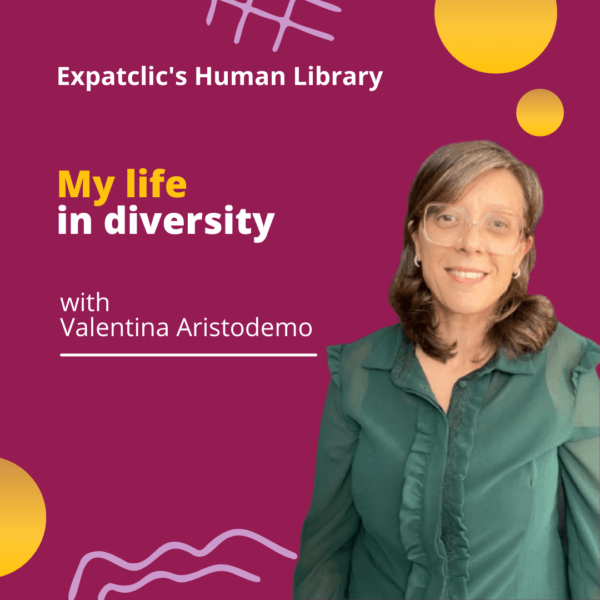 I grew up in Marsala, Sicily, in a middle-class family. My parents always encouraged me to be independent and to have an open mind about society and the world.

I had recently started working when, by pure chance, I discovered LIS (Italian Sign Language), through a flyer that advertised a course. Having always been passionate about languages, I decided to attend it. And that changed my life forever.

I fell madly in love with this language and all aspects related to the fascinating deaf community. I moved to Rome to work in a school for deaf children. This was my first experience with diversity. I understood how important LIS is for deaf people, but especially for deaf children.

In general, deaf children have hearing parents. The norm is to proceed with prosthesis or cochlear implants, but this deprives deaf children of linguistic stimulation for a few years – the time necessary to learn to recognize sounds in speech therapy. Since this is a long journey, deaf children often miss out on basic language acquisition, which can affect language development. Many think that LIS for children is just a tool, but in fact it is a real language and a fundamental human right.

In 2006 a UN Convention urged governments to recognize sign language. The premise was that everyone has the right to acquire a language, and LIS is the natural language of the deaf. It is acquired naturally, through sight, a sense which is not affected by deafness, and does not pass through the auditory channel, which requires speech therapy and the work of deciphering sounds.

At that time, and as often happens, Italy lagged behind other European countries. It ratified the convention in 2009 but recognized LIS only in 2021. It was a first step but there is still a long way to go to overcome reluctance to embracing ISL, especially in the medical profession. Hearing children are often stimulated to use LIS (baby sign language is very popular now), but the deaf are deprived of their natural language without any scientific basis.

Going back to myself, after my experience in Rome I decide to deepen my knowledge of LIS, and I enrolled at Ca ‘Foscari in Venice, the only university where LIS is considered equal to and taught as any other foreign language. I graduated and specialised as an interpreter. It was there that I met Mirko, deaf, son of deaf parents, who would become my husband.

From then on, my immersion in the deaf community began. I started spending more time with them than with the hearing community. Mirko went to study at Gallaudet, the only university in the world where lessons take place in American Sign Language. His dream was to become a researcher, but in Italy there were no opportunities for him. Once again, we were faced with a brick wall mentality. On his return from the USA, a professor suggested he go to work in Paris. He went and I followed him there. We were fortunate to have two PhD scholarships. He is a morphologist, I am a semanticist in sign language. After two years of his doctorate, Mirko realized his dream in France, and became a sign language researcher at the CNRS. 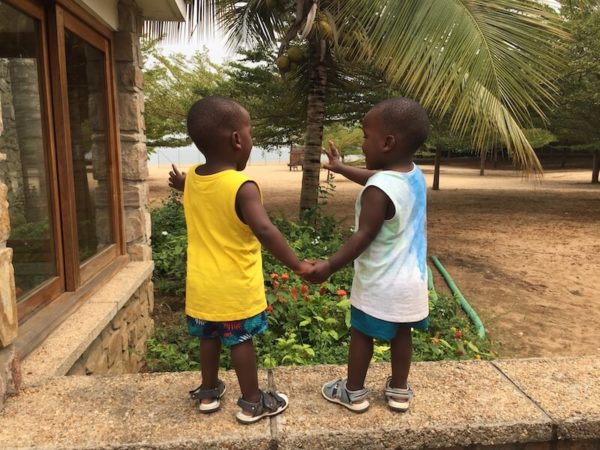 Meanwhile, we discovered that we could not have children. Having a family, however, was our great dream. We decided not to give up and took the path of adoption. A very long and troubled path. After three years we obtained court approval and decided to go for international adoption. We chose Burundi as a country of adoption. After five years from the beginning of the paperwork, on 17th June 2019 we met our children, Jean Lucas and Jonathan.

This marked the beginning of another beautiful chapter in our lives, once again linked to a new culture.

Diversity entered our life again, we threw ourselves headlong into it, determined to experience it as a family. You can imagine the joy and wealth that our children bring to us. At home we speak three languages ​​every day — I speak Italian with the children, Mirko uses sign language, and then we use French because we live in France. African, Italian and French cultures are an integral part of our life, and we try to nurture all of them.

However, we must deal with a world that is not yet open to diversity. And we are very aware of this when we go to Italy on vacation. We often experience racist micro-aggressions that we would gladly do without. There are people who do not know us and ask me if the twins are my children, or if they arrived by boat. Some run after the children to touch their hair, or take selfies with them. I must always be vigilant and aware of people who might want to invade our privacy. Black children are often perceived as objects to be touched and photographed. A black child’s body is not respected like that of a white child’s. We are often asked impertinent questions that aim to highlight differences. Unfortunately, Italy is not yet ready to welcome our family. We have never yet been asked any of these questions in France. There is still a long way to go to persuade people that diversity is the true wealth of our world, and it must be respected and promoted in a positive way.