My commitment to the most fragile ones

We are grateful to Simona Carobene for allowing us to transcribe part of her presentation to the Expatclic’s Human Library.
Hers is a truly exemplary story of how empathy, love, attention, and commitment to the most fragile ones can lead to great results.

In Milan, I earned a degree in pedagogy. After working for 7 years in a cooperative for disabled people, I decided to try a one year experience abroad with the aim of helping people in difficulty. On May 30, 1998, I came to Bucharest with a well-known Italian NGO to work on a project funded by Unicef focusing on abandoned HIV-positive children living in orphanages.
Our goal was to find their families of origin and try to reintegrate them. 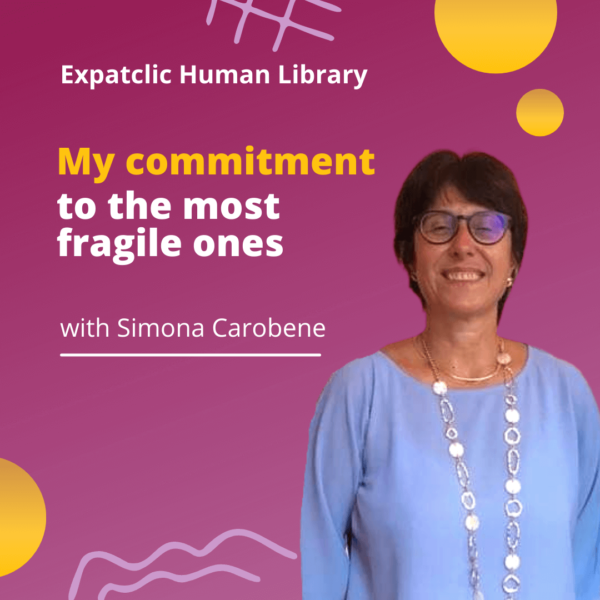 The Romanian state, which had emerged from a long period of dictatorship, was totally incapable of taking care of these children and had neither the economic nor cultural resources to face this. The government had therefore delegated a lot to NGOs, but without giving any kind of support.
After working for a while in the capital, we decided to work in the suburbs and arrived in an orphanage 20 kilometers from Bucharest. There, we found more than 100 children with AIDS. They were all born to healthy parents and we never could figure out how they got infected.

Seven eight-year-old children slept in rusty, small beds made for two and three years old, with their feet hanging out. No money was invested in facilities, because it was clear that these children would die soon, and indeed I have seen so many children die because of AIDS… The treatments were not those of today and the medical and nursing staff was completely unprepared.

Children often saw other children die. When a child got worse, he was first put in a small room and then taken to Bucharest… and never came back. No one spoke to the others about what had happened, and I recall a child who told me he knew very well that those children died and asked me why no one told him clearly.

The children were washed in a large bathroom with a tiled floor where they were all lined up naked and struck at a distance by the water jet of a pump because the nurses were afraid to get close to them and risk infection.

We tried to trace children back to their families of origin, but we found only 40% of the families, often because there simply were no documents.
The work of that year was my first big failure: out of over 100 children, we managed to integrate just one girl back into her family of origin.

But that first year was crucial for me, for my life, and for future projects.

Having met these children had touched us deeply. We began to bring help: beds, clothes, shoes… but every time we brought something, it was stolen. At the end of that year we thought that it would be more appropriate to start three foster homes with Romanian families to welcome the children from the orphanage. Namely, rather than trying to bring them back into their families, we’d give them a new family. This was very difficult both because of the fear of the disease and because there just wasn’t a tradition of foster care in Romania. 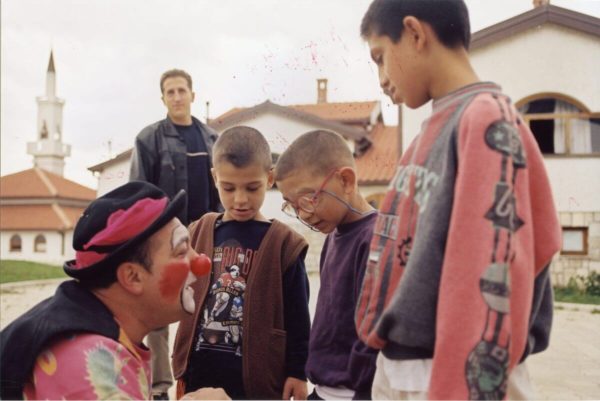 Now I would like to open a brief parenthesis on the question of abandonment: why were there so many abandoned children in Romania – indeed in all the Eastern European countries?
I had always thought it was because of poverty. On the one hand, this is accurate: there are poor families, very difficult social cases, dads in prison, alcoholism, psychiatric diseases, etc., but actually over time I realized that it is also a matter of mentality. It’s a consequence of so many years of regime. In the end, the state is more important than the family. Family is not considered the cell of the society. So, the state does not help the family in difficulty, but rather directly assumes the responsibility of raising children. Most abandoned children were not orphans, but children who had families that perhaps could have been helped in advance to raise them.

When we decided to start foster homes, we knew that it would be difficult. Within three years we managed to start three houses and find seven foster families. This moved 28 children away from the orphanage: given the situation, a real miracle!

I returned to Italy after that experience and stayed in Milan to follow the projects across Eastern Europe: Romania, Albania, Kosovo, Poland, Kazakhstan, Lithuania…
Until, in 2006, it was announced that Romania would join the European Union.
Then I asked my NGO to return. On one hand, I liked the job of coordinator less than the one in contact with people, and on the other I knew that with entry into Europe, we could no longer help Romania from Italy. The children I had met in 1998 were deep in my heart. I knew that over time, with Romania in Europe, the NGO would ask me to work in other areas, but I didn’t want to leave Romania.

I found a new three-year project funded by Italy to work on in Romania.
I understood that I’d never leave again when, in 2007, one of our foster families left and I went to live with the five children who lived in that house while looking for another family. I spent two amazing months with them. One night, while we were pillow fighting, one of the boys looked at me and said, “You love us all, but you’ll leave, sooner or later.” I was struck because it was true: orphanage, family, then another family, people from the NGO that came and went… that was life for these children.

That statement – which was not a complaint, just a fact – opened my heart and I thought to myself, “No, the relationship with you is forever.”

Later, I resigned from the Italian NGO and I started working with Romanian colleagues for the Romanian NGO that came into existence.

I still work for this NGO, Fdp Protagoniști în educație, of which I am now also director.

We are still working with the HIV-positive children we met in 1998. They’ve now grown up, are 30 years old, have children, work, and live in social apartments that we manage. We have also started many other activities.

We work in Roma communities with poor children at risk of school dropout. We work a lot with sports foundations, such as the Real Madrid Foundation, to combine school with sport and make school more attractive so that they do not abandon it. In the last two years we started working with children with learning disabilities and difficulties (one of the children I have in foster care has special needs).

Working with poor people, we have found that very often learning difficulties have to do with poverty. I’ve come to understand this on a much deeper level as I am currently studying for a master’s degree at the University of Padua focusing on learning disorders. There is a disorder (which is not yet considered as such but will soon be) which acknowledges the problem of understanding text that primarily afflicts poor children.

These children may be on the normal school path, but do not know how to make connections like cause and effect or inferences, they have a reduced vocabulary, and in short have poverty of stimuli and experience. In these years of the pandemic, school dropout rates (already at 19% in Romania) reached 25%.

When I think back on my time here, I realize how important love is. A few years ago I did some research on the first children we had helped, checking in on them today as adults. Out of the 28 who had been placed in foster homes, no one had died, while 72% of those left in orphanages had. This shocked me because, with equal sanitary treatment (since we now have antiretrovirals), what really makes the difference and what makes people live is to feel loved.

Ultimately, my time and investment was definitely worth it, and it is worth staying here. Who knows, maybe one day I’ll realize the great dream of building a house with several apartments where, along with other colleagues, I could live with the HIV positive people that we have followed since childhood. Today they work and have become parents, but they have so many weaknesses related to illness and to the part of their childhood lived without love.

For another story from the Expatclic Human Library clic here.