The trailing husband (of an aid worker)

We sincerely thank Federico Bonadonna for allowing us to publish the translation of his moving account of what it means to be the trailing husband of an aid worker.

I have followed my wife for ten consecutive years in places I had barely heard about (and some places I’d never heard about), not to mention other countries where I had sworn to myself I’d never set foot, so strong was their reputation of being dangerous, dirty, or miserable.

On our first date in Rome, I told her I hated to travel, I hated the “Chatwin-like mysticism” of the journey, and I did not completely understand the point of international cooperation “with all there is to do for the poor in Italy”. 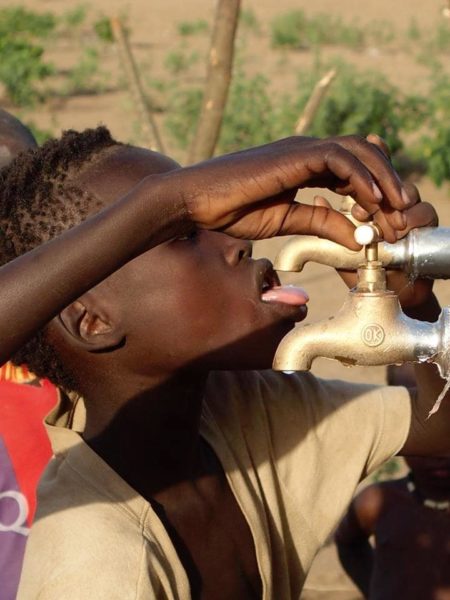 At that time my work focused on extreme urban poverty and I had never experienced being stuck in a besieged neighbourhood during a civil war, resulting in hundreds of deaths – practically ignored by media (apart from the local ones); and I was physically allergic to ethnic fashion (I still am, a bit). My future wife looked at me in silence… and less than one year later I was beside her in a Palestinian refugee camp in Lebanon. Since that moment I have done what the character of a song of Sergio Caputo (Italian songwriter, ndr) does: “I will follow you to show you something more, I’ll come with you should this be my work”.

Together with my wife in these 10 years, I’ve had stones thrown at me (even if the stones were for her, in Yemen, because she had unwillingly worn a colourful veil from which strands of hair protruded), been spat at (the spitting was also for her, for the above reason), and contracted intestinal and skin parasites. I fasted for days in the desert while she ate local food sitting on the ground, for weeks I only ate junk biscuits and drank Coke, I slept in infamous shacks among rats, cockroaches and snakes. A couple of times I threw up my soul as a result of serious food poisoning.

My wife and I have passed on a road a few minutes before it was shaken by a bomb attack and for years have breathed toxic fumes because of open air dumps and the constant burning of trash.

With her in these years I have visited orphanages that provide meager amounts of food to scrawny children – intentionally ensuring they do not appear well fed in order to discourage parents from abandoning their children there to give them a future. I have seen children looking for worms in the earth to eat. I’ve stared into their eyes: some were full of hate, others of pleading. Those eyes have tormented me for months.

I have seen China advancing in Africa, blowing up mountains to pave landscapes, build railways, bridges, motorways, or to extract minerals. I have seen the new colonialism, and the future shapes of the world: “Cindiafrica”, with her 3.6 billion people – mostly young. I have visited pristine places, and other landscapes definitely destroyed by pollution. 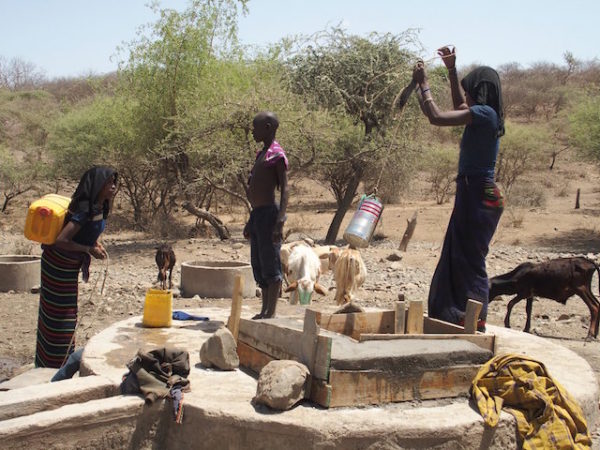 I have followed women on a three-hour trek to fetch water from the only well accessible to them, and trek 4 hours back, loaded with overflowing carboys. I have seen the result of the aid workers job: the joy of inhabitants in remote areas that celebrated the opening of new wells, the building of schools and health posts.

I have come dangerously close to contracting malaria, dengue fever, chikungunya and bilarziosis. I have understood that danger is part of the job: traveling on Russian helicopters that have fallen (and fall with alarming recurrence), driven by not-always-sober Ukrainian pilots to go to South Sudan, where there is a war – which means they shoot, kidnap, and rape… it means they have kidnapped, killed or raped people you know. Places where lodging outside of Juba are huts where poisonous snakes and rats live, infested with malaria-ridden mosquitos and cockroaches (I know an aid worker who fears nothing… except what I just listed: she has a phobia of beetles and she insists on going to those places, because that’s her job). 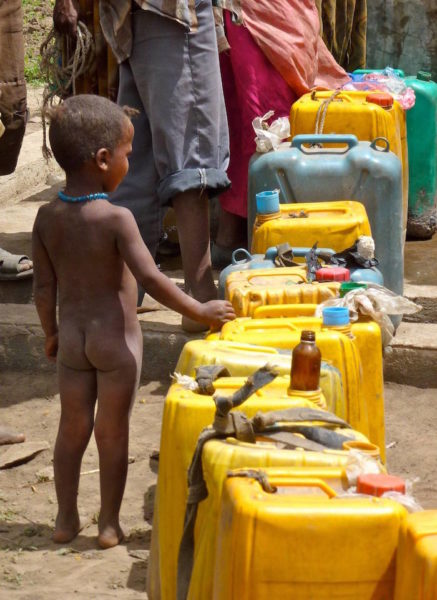 I have seen refugee camps with lean women and children as far as the eye can see, thousands of exhausted people, massed in camps between Kenya and Ethiopia, sitting on UNCHR rice bags. Being an aid worker is not a job for those who work for agencies that spend 70 or 80% of resources in staff (the aid workers I value and talk about are not only able to write projects and make ends meet; they dirty their hands – they risk). Aid workers do not think that the danger is always the fault of those who are kidnapped or attacked, or that you can always avoid danger. No, cooperation, in some places, is physically and psychologically dangerous work.

I met hundreds of people, extraordinary volunteers and aid workers, and then others too busy with looking good. Sensible entrepreneurs and infamous bastards. Elegant diplomats and others who cannot be described.

In these 10 years I have understood that I had understood nothing: that is to say that I, and all the people I know, have been born in the right place and at the right moment in history, that we have a material luck we cannot even understand because we are so far from the daily tragedies that the vast majority of people in the world go through every single second of their existence. And that even if unperfected, improvable, and modifiable, international cooperation – in all the shapes it assumes and has assumed in the course of history – is the most democratic tool for development. Cooperation, however, is made of aid workers: people of flesh and bones, with their dreams, passions, and ideals; but also with refined skills and knowledge that merit the utmost respect, because aid workers do not love danger, but their work by its very nature implies danger.

How much of our knowledge is influenced by our experience?

How many times we see only what we think we are seeing?

Facing diversity can be tricky: are we aware of how our brain is working?

Are we open to other possibilities that we did not take into consideration?

In our expat experience, how many times did we realise that what we were thinking was in reality something different?

These are some of the questions that came through my mind after watching this video.

Now I cannot stop thinking: how many red spades and black hearts did I miss?