Moci is Peruvian. Her two daughters were born while she was living in Hungary. In this wonderful article she reflects on how living abroad has shaped her into the mother she is. 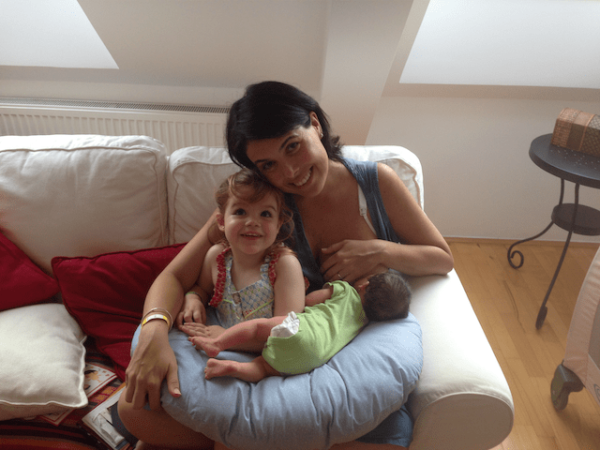 I became a mom in 2012. I had been gone from Peru (my native country) since 2008. I gave birth in Budapest, after a very happy and uncomplicated pregnancy. Later, in 2015, I had my second daughter, also in Budapest.

After staying to help for 3 weeks once my first daughter was born, my own mom left and I became a mom on my own. That’s when I became the mom I wanted to be. One that follows her instincts, uncomplicates things, and takes bits of wisdom from different sources and cultures. That is what I think being and expat mom did to me. It allowed me to become the mother that I was meant to be, without external interventions (and unsolicited advice). But not only that, it gave me the gift to learn from different kinds of mothers: different not only because of their styles but also because of their cultures, background, and upbringing.

I was lucky, I had different role model moms: some local Hungarians, some expats. I observed them while I was still pregnant, I saw things that I liked and that I would have never seen in my circle in Lima… and I made them mine. Baby-wearing was one of those things, breastfeeding long term and in public was another, bringing my girls with me from day one everywhere was a third one.

Nothing stopped me from doing my thing, I just did whatever fit me, I had no one’s expectations to meet. It is true that my personality and character played a big part and allowed me to be like that, but I think it was also a consequence of being on my own; and of being in a context that gave me the opportunity to be myself while mixing with moms of different countries. I am certain that I would have never been the mom I am had I stayed in Lima.

Being different, not just talking about how things are different somewhere else, is also a way to confront the status quo and bring some fresh air to the context.

Being an expat allowed me to be a stay-at-home mom by choice, something I would have never considered while being at home because I would have just been too focused on doing what everyone in “my world” did. Being far away made me consider other options and made me see other ways and hear other stories and experiences. 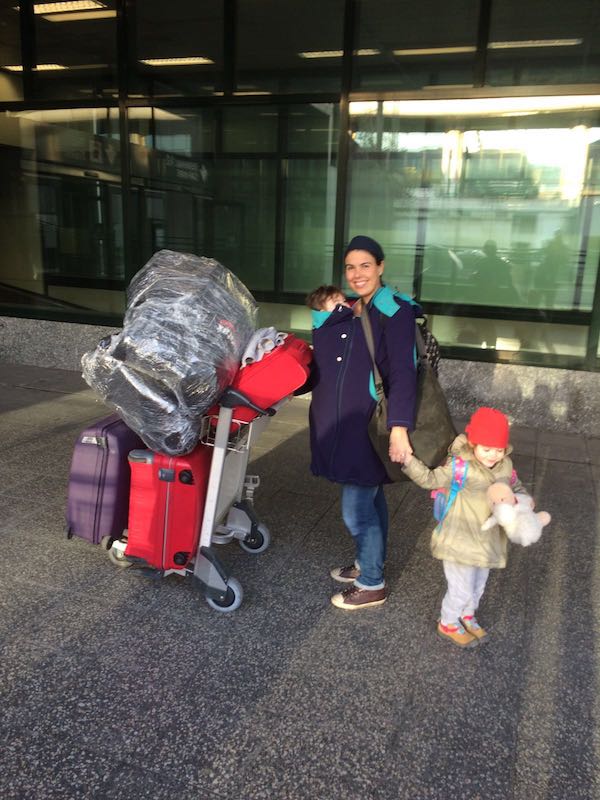 Now I am back in Lima temporarily. I have been here for the last 3 years. How has becoming a mom in a different country affected my being a mom at home? Well, I definitively have a different outlook on things. I am usually the one with the different opinion. More than once I have been specifically asked what I think of certain situations because my opinion was expected to bring a different perspective.

I tend to be less apprehensive than the average Peruvian mom, I tend to be more liberal and expect my girls to be more independent and to be more tolerant and accepting of other kids. I am a VERY present mom but I am usually quite laid back when situations arise at their school, for example. I tend to let things be solved by their teachers, which for some people is quite surprising (here, they tend to call the moms of the other kinds involved in an incident to discuss what happened at school). Also, I tend to be more mindful about people’s circumstances and try not to judge (I am not always successful though). I am more independent and rely less on external help, I am used to doing and being on my own. 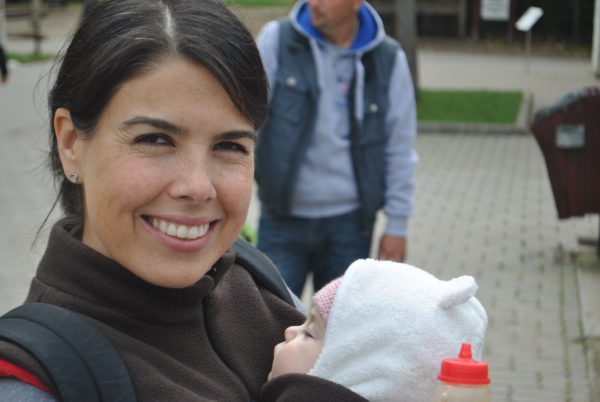 Now, how can I contribute to my new surroundings with my experience? I think that bringing a different perspective – especially to a “local” environment” is already a contribution. Showing people that there are other ways to do things is already a win. Being different, not just talking about how things are different somewhere else, is also a way to confront the status quo and bring some fresh air to the context. Raising a “citizen of the world” kind of kid is also a gift, a child that doesn’t necessarily comply with the local social norms tends to raise some eyebrows and I think that is also good.

I really feel in my heart the need to contribute towards raising better children – they will be the future citizens of the world, and for that I think we need to be better parents. I am really invested in the idea of working with parents – through my coaching practice – to help them gain self-awareness and let go of their own limiting believes and habits, to make them see that we can all do things differently and learn from others, and that there are a lot more options than just following (or rejecting) the kind of upbringing we had ourselves. Ultimately I owe all of these insights to my expat experience.