An 8-year-old child in Gaza has lived through three rounds of conflict. A year after the summer 2014 hostilities, the children of Gaza are still recovering from the nightmare. They are growing up in bleak conditions, surrounded by poverty and violence. But they still have dreams… (UNRWA #SOSGAZA )

I received this bottle as a gift from a friend who wanted to support the UNRWA #SOSGAZA project for children’s education in Gaza (don’t miss their beautiful video). I kept it closed for a long time because I was looking for a special occasion to open it. This occasion came when I discovered Diala Brisly, a Syrian artist who fled her war-torn country, and whose work with Syrian refugee children touched my heart. Using her talents, empathy and lots of love, Diala helps children overcome the trauma of war, and keep their hope alive. I invite you to discover Diala’s work and story through:

When I asked Diala to be with me when I opened the bottle, she did not hesitate.

When I saw the drawing, I was utterly moved. I had expected bombs, war airplanes and blood to fill the page, and instead we saw this: 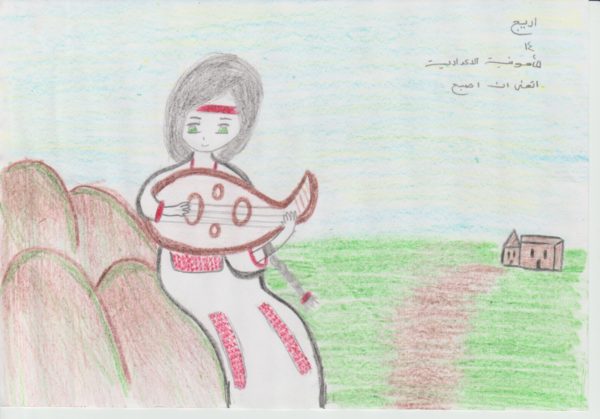 The sharp contrast between the peacefulness of the drawing and what children in Gaza go through hit me in a way I can hardly describe.

Later Diala translated what is written on it: the name of the kid, Arij, her age (14), her school name (Al-ma’mounieh), and the title of the drawing: I WISH I COULD BE.  I believe it says it all.

Diala was so touched by yet another sign of how deep and desperate the desire for normality in children living in conflict zones is, that she decided to send us a gift: an image she illustrated for a children’s magazine that used to be distributed in Syria, but that stopped a few months ago, because of lack of funding.

She accompanied it with a reflection on Arij’s drawing: 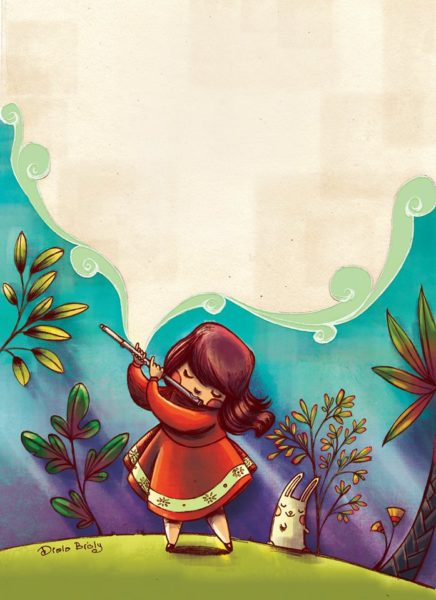 Arij said: I wish I could be, and we try to encourage Syrian kids to keep on dreaming, we remind them of normality while a lot of killing is happening  around, we provoke them to build their imaginary world since we can’t build them a better one.

As Jean-Jacques Rousseau said:
The world of reality has its limits; the world of imagination is boundless.
Kids are the best in using their imagination.
Kids like Arij are struggling in many conflict zones to keep some of their childhood, and while we should tell them how truly hard life is, we should also help them manipulate this life so they can be ready when the grow up.