The beauty of managing a broad online community is that the chances to come across amazing persons multiply. An Expatclicker put me in touch with Vincent Lemma because she thought he had something to add to our ongoing discourse of What Expats Can Do. She was right. This interview with Vincent is interesting, thought-provoking and inspiring.

Sure. I am a US-citizen, born and raised in Brooklyn to Italian parents. I came to Italy when I was 18 because my dad wanted to go back to his home country.

Mine is a bit of an unconventional path. When I arrived in Italy, I began to study engineering, but I soon realized it was too rigid for me. I also felt a certain call in a different direction.

It was then that I discovered the world of indigenous populations, and started working in their defense and for their protection, bringing their causes to the UN in Geneva and New York. I wrote speeches and acted as interpreter for a foundation I had joined.

I realized that humanity as a whole had been “robbed” of its roots and that this sort of “heritage plundering” still continues today. 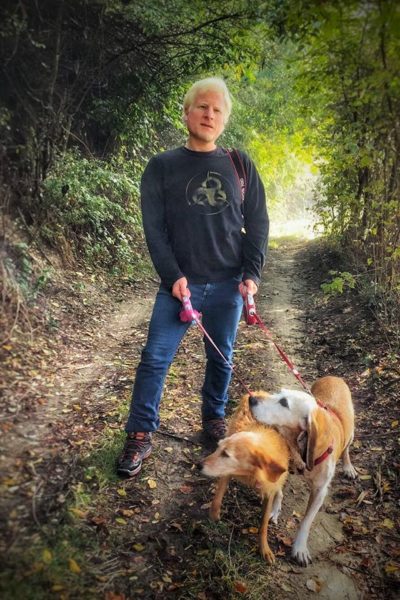 Meeting these different people marked my life. At the same time I also approached the world of animals. I was frustrated by their present conditions, so I set up SOS Segugi, which has become a fairly known association in Italy. We fight hunting, save mistreated dogs, and try to raise public awareness.

Thank you Vincent. Could you elaborate a bit on what you mentioned about getting in contact with the world of indigenous populations, and how it marked you?

It was all by chance really. One night I was walking along the streets of Turin, just admiring the porticos but lost, and I see a plaque on a building that reads “Ecospirituality Foundation”. As I was curious, I attended one of their conferences, and it turned out to be an NGO that supported self-growth and indigenous causes.

They see the indigenous people as bearers of fundamental human knowledge and traditions that could benefit humanity as a whole. At that time, I felt that “the Universe” was trying to point me in a direction so I just followed my instincts and leaped in.

Years later, I found myself working at their side on issues of humanitarian importance, getting the chance to meet many indigenous cultures from around the world. Native Americans, Australian Aborigines, numerous African tribes and even indigenous cultures of Europe.

people who have had the opportunity to experience a greater perception and raise their cultural awareness have an enormous responsibility towards the evolution of humanity from a cultural, moral and ethical standpoint.

The funny thing is, for instance, that I had to come to Italy to discover the traditions of Native Americans, as they are poorly portrayed in the U.S.

I got a chance to discover so many traditions but all linked by a focus on our ties with a greater nature that links us all. Indeed, there were so many elements in common that is was almost uncanny, and from that point I realized that humanity as a whole had been “robbed” of its roots and that this sort of “heritage plundering” still continues today.

You might think that this all does not affect modern-day life; but I feel that civilizations cannot build a prosperous future without knowing their [true] past. Humanity could make astounding leaps in all areas of life. This all changed my life, and as often happen, I never meant for any of it to work out this way.

I find what you say here absolutely inspiring: “humanity as a whole has been “robbed” of its roots and that this sort of “heritage plundering” still continues today”. It made me reflect on how easier it is for people like me and you, who integrate diversity in their lives in a natural way (by living abroad, changing country, etc.), to have a vision of humanity as a whole, instead of a world population divided by frontiers, walls and flags. I know it is a vast question, but do you think that those people who have experienced what you have gone through, for instance, this realization you talk about, have a responsibility towards the world to spread their message? And what are in your opinion some of the ways they could achieve this?

I’ll start by saying, yes, people who have had the opportunity to experience a greater perception and raise their cultural awareness have an enormous responsibility towards the evolution of humanity from a cultural, moral and ethical standpoint. We cannot make true progress towards a future without having a clear picture of our past and present. How can you enhance the human condition without knowing about it? Humanity is so much more than the economy on which our Western world is based.

…a single humanity is the canvas and many cultures are the colours that compose the painting. 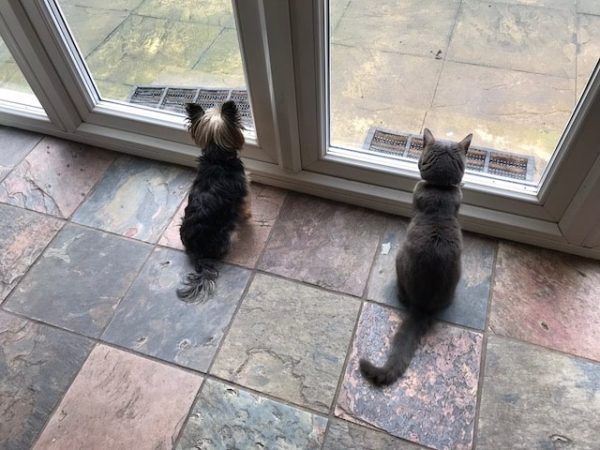 I often meet people who have just lived in one place, and their cultural awareness of the world and of its different peoples is often limited by what they are fed by external sources such as the media. It is impossible for a person that has lived in one neighbourhood all their lives and perhaps has only taken a few trips abroad to get a greater picture of the world. Even the school system in place fails to provide a greater sense of a world community. In my opinion, globalisation is actually having the opposite effect of closing borders and human interaction.

Sure, we have the internet, which is great, and we can talk to people from anywhere in the world, but we always think that they have our cultural mindset, and this is not always the case. The beauty of the world is its diversity, and this is undermined in today’s modern society. In other words, a single humanity is the canvas and many cultures are the colours that compose the painting.

As for the second part of your question, I believe that all communities of the world must come together to create a sort of “Heritage Doomsday Vault”, like the one in Norway that stores seeds in case the world goes south. I could really go on and articulate at length on this, as it has always been a problem for humanity, but now more than ever, we need to find ways of leaving traces of our history. This will not be on the internet or in books, although these are a great vehicle of dissemination, but perhaps we must encourage oral tradition again, and maybe burying a few time capsules wouldn’t hurt either.

I also feel that humanity must piece together its true history. This “heritage plundering” has indeed falsified our past, which has led to our current situation of strife. We need “history detectives” that are brave and unbiased to go beyond the accepted story that we are all fed at present.

We have so little time left to do this, which is why even initiatives such as “What Expats Can Do” take on a vital importance. We are all Expats from a world that we simply don’t know about.

Thank you so much Vincent. I would now like you to share your vision about animals and a bit of what you do for them in Italy. I know you have created an organization called SOS Segugi, could you tell us a bit more about its mission, but mostly why you have set it up?

Sure, actually my path in human rights is tightly connected with animal rights. I learned respect for nature, animals and people when coming to Italy and along my path. I had an Italian hound dog that I loved dearly, his name was Tommy. Animals can teach us so much if we just take the time to “listen”, and I had felt so frustrated for a long time that animals are so mistreated.

Anyway, Tommy got cancer and he would soon leave me. I took him in my arms and promised him that I would help his species. Soon after I opened SOS Segugi, which is based in Italy, and is now going international under the name Hound Dog Society.

What we actually do is help abandoned and mistreated dogs, provide medical and mental assistance and home them. We also hold public events and run social media campaigns to raise awareness. Recently, we have been bringing our message of compassion into schools so that children can learn about the fantastic bonds that can be created between people and animals. Our efforts have saved hundreds of dogs and reached a vast audience.

As for my mission, I like the quote by Mahatma Gandhi that says “The greatness of a nation can be judged by the way its animals are treated“, and actually expand on it and say “the greatness of the world”. Animals are in effect a civilization, different than our own of course, but with their own right to life.

We are seeing many great advances in technology but I feel that ethics is lagging behind. Helping animals, in my modest experience, serves as an example to others to bring out the natural compassion that we all have but that often forget along the line. We share this world with other creatures. We often hear about climate change and how it’s important to take action. I agree with this, but I also feel that we must take action towards other forms of life so that we can better ourselves, and it all begins with us.

Plus, I have so much fun with what I do, and that never hurts.