I have another book to add to my list of books that made me. Its title is Use your difference to make a difference, and it has been written by Tayo Rockson, a man I am so proud and happy to have talked to online recently. Here are my impressions of the book as well as interesting points from my conversation with Tayo.

Tayo is a Diversity, Equity and Inclusion consultant and speaker. I came across his book on LinkedIn. The title, Use your difference to make a difference, caught my eye and rang a bell. The basic principle of What Expats Can Do is exactly that, to use the difference we expats have gained from living a life exposed to other cultures in order to make a difference in the world. 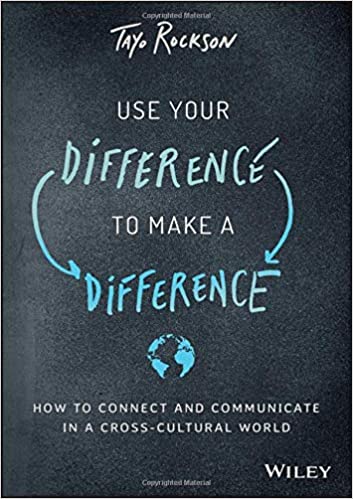 I bought Tayo’s book and read it immediately. Right from chapter one, I knew this would become one of the most important books I have read in my life. At chapter two, I felt like a better and richer person. At chapter three, I knew I had to talk to Tayo.

I love books that allow me to create a connection with the author. In reading Use your difference to make a difference, I felt exactly this. It was like having Tayo sitting on my sofa besides me, personally conveying his ideas, experiences and feelings. His voice is real and energetic throughout the book. You can feel from line one that he’s absolutely passionate and honest about what he says, and conveys his message thoughtfully in a way that has broad appeal.

His story is the basis for his shared reflections. Originally from Nigeria, Tayo grew up in five countries on four continents, and spent the first nine years of his life in and out of two military dictatorships. Like everyone, he went through a typical teenager identity crisis – though made fiercer by growing up across cultures, and exposed to the world.

The experience of intersecting identity, connections, and cross-cultural communication mingled with Tayo’s curiosity and passion to figure out how to bridge culture divides, as well as his desire to be seen and understood for who he was and who he is. 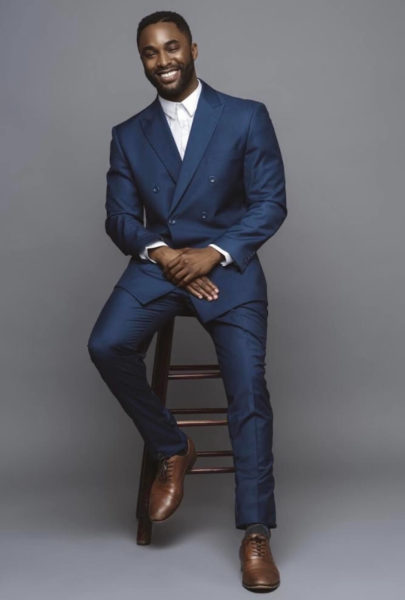 Fortunately for us, Tayo chose writing, exploration, research, and storytelling as tools to get the answers he needed.

“We limit others by telling limited stories of who they are. In other words, we miss out on a chance to truly connect with others, because stories create connection pathways between multiple types of people as well as different emotions that lead to empathy.” (pag. 62)

The catalyst for Tayo came in the form of a car accident in 2012 that almost killed him. It was at that point that he decided not to hold back anymore. He became more public – showing his vulnerability, and being willing to dare more. He moved to New York and launched his podcast program, As told by nomads.

Tayo does not talk extensively about this amazing collection of 507 stories from people who grew up across cultures (not just across borders) in his book – he actually only mentions it once. But it surely stands as proof of his passion for human beings and connections.

“[…]opened my eyes to the possibility of what a world could look like if we connected across differences. It also led me down this quest of exploring different environments to find the best ways to forge these connections and build bridges.” (Page 3)

I love the way Tayo links diversity to connection. In his eyes, diversity is the ability to connect the visible to the invisible. He maintains that in order for this connection to take shape, awareness is the key.

But how do we get to that kind of awareness? The chance expats have to experience the living conditions of others, different ideas, and lifestyles first hand is a privilege that increases our awareness of the world. In his book, however, Tayo outlines a model that even those who are not directly exposed to diversity can apply to reach this degree of awareness.

It’s called “Educate, Don’t Perpetuate, instead Communicate”, and is clearly explained with an abundance of examples and references throughout the book.

Its premise rests on the exploration of one’s biases, triggers, and values. But because I want you to read the book, I will not go deeper into this! Suffice to say that the way Tayo handles this model and many of the other very useful methods he outlines in the book, gives the reader practical ideas and tools to start putting into practice the moment you put the book down 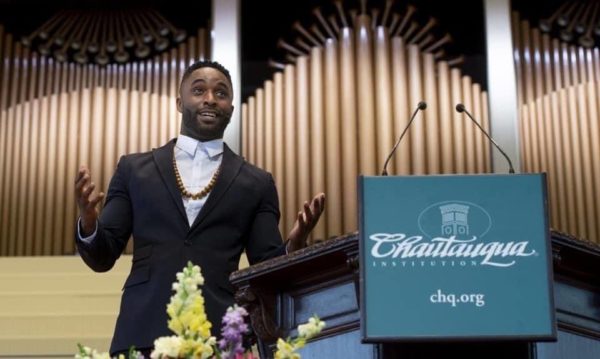 During our conversation, I also asked Tayo how, in his opinion, can expats give back what they gain from exposure to diversity. He referred to his own experience of growing up abroad in the diplomatic circle, the misunderstandings he encountered, or the distance between himself and his relatives whenever he went back home. Through that he learned how important it is to start from your own circle of influence in order to provide a wider lens in viewing the world. What you have to do is find the connectors.

And we are back to connections. It was exactly during a speech about connecting across cultures that Tayo got the idea to write Use your difference to make a difference. People were asking him to point them towards concrete directions; they were eager for him to clarify what, in his opinion, could be done. That was the moment he realized people were listening to him and were interested in what he had to say.

It took him one and a half months to complete the book! Tayo wrote it for everyone who has never felt enough – he wrote it to give people something tangible. But the book does more than that, it also gives hope. In the empathy, passion and involvement that each of Tayo’s words expresses, there is love for humanity, for diversity, and for a world where each and everyone counts. What more does the world need today? And after all:

“Just like generations of slavery and colonialism affect us today, who is to say that generations of connecting across cultures won’t impact tomorrow?”